This weekend I visited the Large Hadron Collider at CERN in Switzerland. This was their last “open day” before the equipment becomes active – and radioactive – later this year. 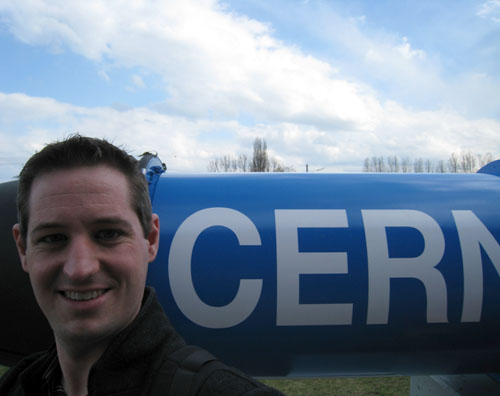 Even if you’re not a particle physics fan, this thing is really cool. LHC holds the title as “world’s largest machine.” It’s a 27km ring of vacuum tunnels and superconducting magnets under France and Switzerland for the express purpose of generating two beams of protons and smashing them together at 14TeV to see what happens. Of course, it’s all under ground, but this is the area it covers: 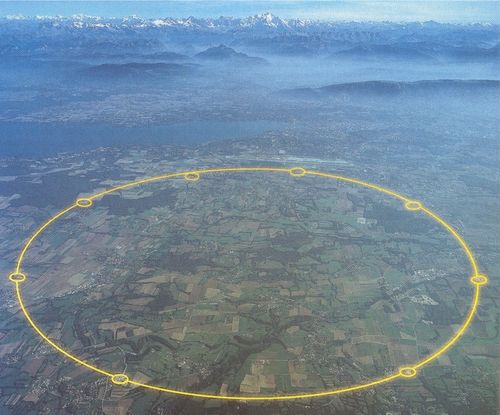 LHC was designed to probe deeper into the “stuff” the universe is made of, and will help answer several questions:

… or, it may just swallow up the entire Earth into a giant black hole. Either way it will be exciting.

While the site at CERN was very interesting, the logistics of “open day” were atrocious – thankfully their physics are better than their event management! They certainly weren’t prepared for the number of visitors they received; the event was insanely popular! There were people of all ages there and the queues were enormous. I got there early, but there was already a crowd of a few hundred people before the official 9AM opening time. 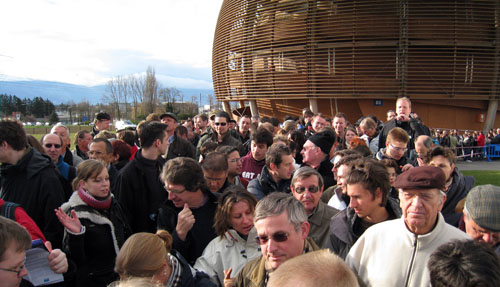 One of the many queues during Open Day.

In total I ended up queuing for about 3.5 hours throughout the day, most of that to see the LHC tunnel. Of course, the LHC lifts (to bring you 3km under ground) weren’t made to shuttle thousands of people per hour: 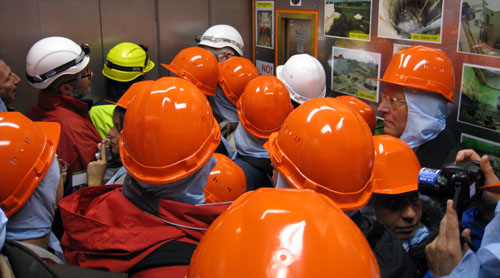 However the capacity problems were exacerbated by the interesting choice of the CERN staff to put every sign and instruction only in French. OK, fine, you’re a site based in French Switzerland and France, but when about half of your guests are from other parts of Europe and don’t understand French, don’t be surprised when half of your crowd doesn’t follow your instructions. During one tour a woman asked if the tour guide could mention some instructions in English and he said that “many people understand French so I’ll just talk in French.” One CERN employee called me a “faux Canadien” (in French) when he found out I was Canadian but didn’t speak French. The most entertaining part of all this was watching the crowd during a presentation of “introduction to particle physics” in French. I captured a minute of it for your enjoyment:

[youtube=http://www.youtube.com/watch?v=AQTH0XfdEWk]
Good thing I already learned this stuff in University.

The first thing I saw under ground was the biggest detector at the LHC: ATLAS: a giant ring made up of 8 superconducting toroid magnets and the height of a 5-story building. 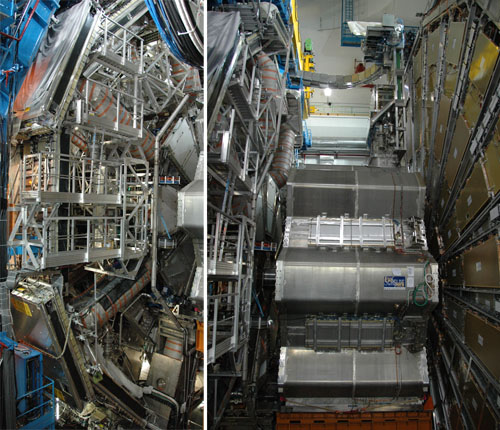 The pictures don’t do this justice: this thing is HUGE. It’s amazing that you need something this big to detect particles that are unimaginably small.

After seeing ATLAS, and a particularly long queue, I finally got to go down into one of the tunnels of the LHC where the protons travel before being smashed together in ATLAS: 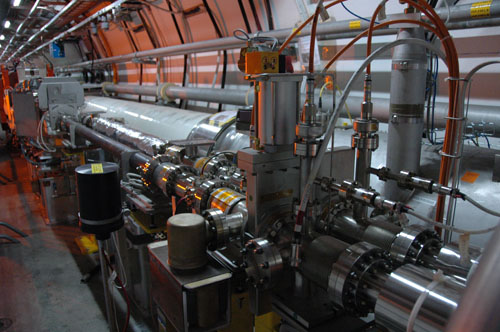 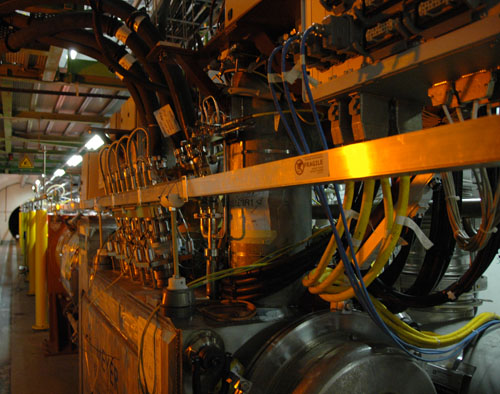 Magnets chilled to -271C – can you imagine the electricity bill?

Another interesting part of the day was the computer centre. As I said CERN invented the world-wide web back in the early 90s and now they’ve invented “grid computing” to process the massive amounts of data that the LHC will generate when it goes online later this year. They had an interesting real-time map that showed where the data is being processed right now: 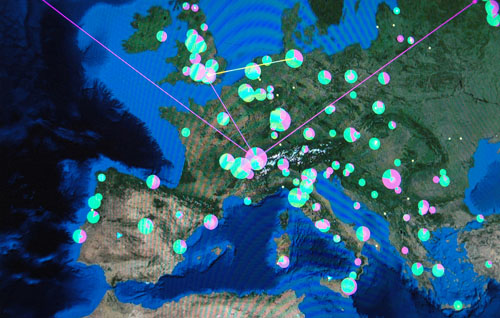 If you’d like to donate your own computer resources while you’re not using them, you can install the LHC@Home software.

Of course they also have their own data centre which is still looking quite empty as the continuously dropping price of computer technology means they won’t buy the computers until they need them:

Sure, it’s really cute until it becomes sentient and takes over the world

Ever wonder where the old equipment goes? I found this out back: 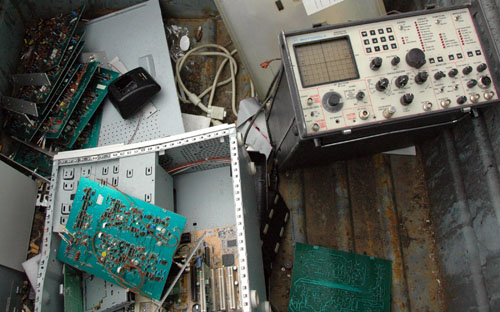 One other funny thing is that all the streets at CERN are named after famous physicists:

Route SchrÃ¶dinger isn’t always there: it depends how you observe it.

All in all – and despite the queues – it was a really good day. I didn’t get to see the ALICE detector, or the SPS, but I was able to go underground twice which is better than most visitors! It will be interesting to see what comes out of this experiment when they fire it up later this year.

PS: If anybody at CERN is reading this, I would love to come back for another tour! Just let me know when and I’ll be there. 🙂