Poor Oxford Street. It get’s such abuse! A few weeks ago I mentioned the stampede at the opening at Primark. Last week there was a big fire above the NEXT store which crippled traffic in that part of Lonodn for hours (I look for the good YouTube video later). And now today chaos again as Top Shop launches it’s Kate Moss line.

No I didn’t go down there myself, I know better than to fight throngs of trashy (and chavy) British tweens. No, this photo is from the news, and it will do. But I do wish I worked a bit closer like my friend Adrienne who works just around the corner. It would have been very amusing to see the madness. 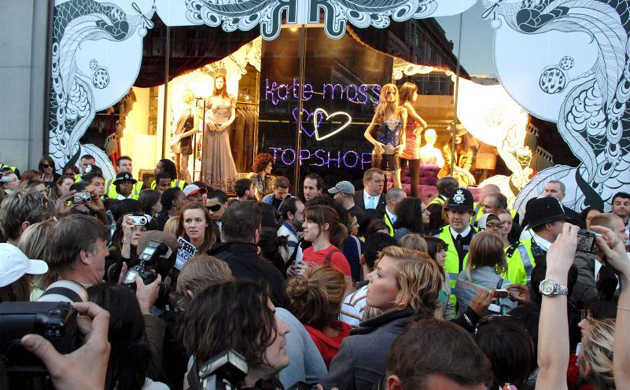 2 thoughts on “Just another day on Oxford Street”