If you surf on any of the big photography sites you’ll know that photography is a tough business these days. There are more and more places that are banning photography. Usually this is chalked up to the increased threat of terrorism in this post-9/11 world. However my visit to St. Paul’s Cathedral has given me another reason to despise those freedom-hating photographers – respect for religion: 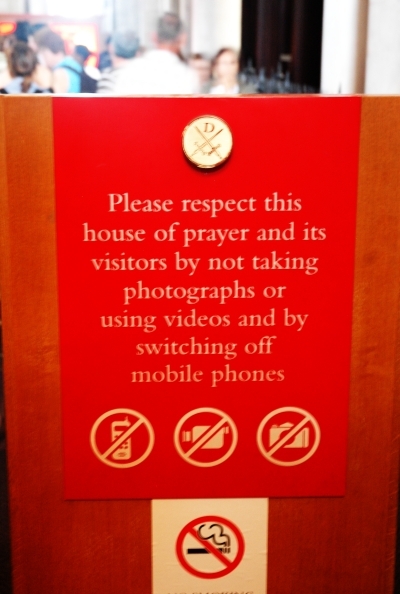 At first I was surprised. Why should they want to limit photographs of St. Paul’s Cathedral. a beautiful work of 17th century architecture? Could the creator of the universe really be concerned with my charge-couple device capturing free photons emitted from the church interior, converting them to electrical impulses and storing them in non-volitile memory? Surely that can’t defy the 2nd commandment? So I ignored the sign and snapped a few nice photos:

(Note: I can’t confirm it, but viewing these pictures may damn your soul for all eternity. You have been warned) 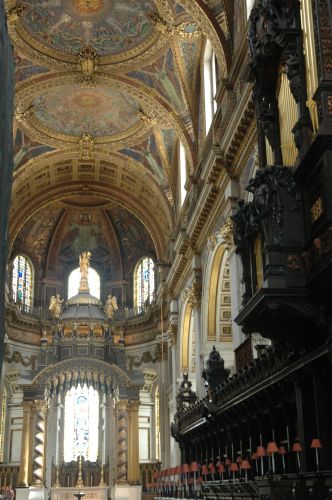 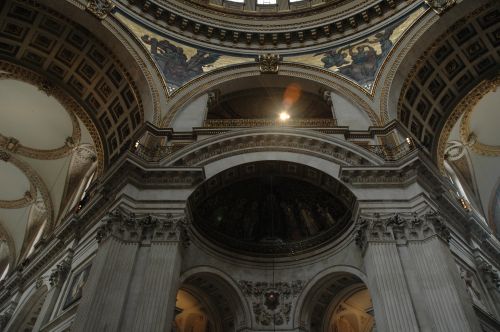 But then I started thinking: maybe the folks at St. Paul’s were right? Did you know that there are absolutely no photographs of Jesus? None! Not even after he went to America after his first resurrection. Of course, you may say, this is because photography wasn’t invented until after Jesus’ death. But let’s face it – Jesus was no ordinary man and was known for his miraculous abilities. While there have been primative pinhold cameras for many centuries, the first usable photography was available in the 1820 after the invention of chemical photography. Contrast this with Jesus, who lived in mortal form from approximately 0AD to approximately 30AD or 33AD. The undeniable fact that we can conclude from this: if Jesus wanted his picture taken he would have invented photography earlier.

So it’s clear that St. Michael’s has a a legitimate reason to believe that Jesus hates photography. However, if you still feel that you absolutely must have some photographs of the interior of St. Paul’s for your collection at home, fret not: there are plenty of photographs available for purchase at the gift shop: 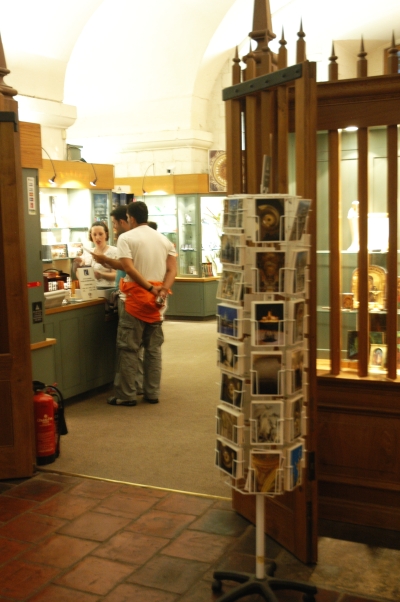 I’m sure these photos are OK though: the photographers were probably ordained ministers and used cameras that were bathed in holy water or something. After all, banning photography to increase gift shop sales whilst claiming publicly that it’s for religious reasons would be blasphemous, and clearly that couldn’t be possible from the bless’ed staff of St. Paul’s.