We had a craving for burgers today so we went to GBK – Gourmet Buger Kitchen in Bayswater (close to Nottinghill). It was ok. The burgers were tasty enough, but I really am starting to hate British chips. They’re just little grease sticks. And the garlic dipping mayo Jason ordered was actually painful to eat. But that’s ok, it gave us something to complain about; and I wouldn’t have it any other way.

One observation though, many Brits eat their burgers with a knife and fork.
Now I don’t know if this manerism is influenced by the Royals or by the Seinfeld chocolate bar episode, but to me it’s weird. And it’s not just a Bayswater thing, Jason has confirmed sightings in Cambridge. 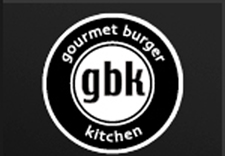 Nottinghill by the way is a really posh neigbourhood, as expected.