I awake around 4:30 am. We’ve made a very harsh stop at some small station, and i’m now wide awake. We quickly come to the conclusion that sleeping on this trip will have to be a series of naps.

Jason goes back to sleep – he was up for hours after me, unpacking and settling into his surrounding – excited like small child. I instead went straight to sleep, so now rested, I wake up and watch the sunrise from my window and snap some first photos. 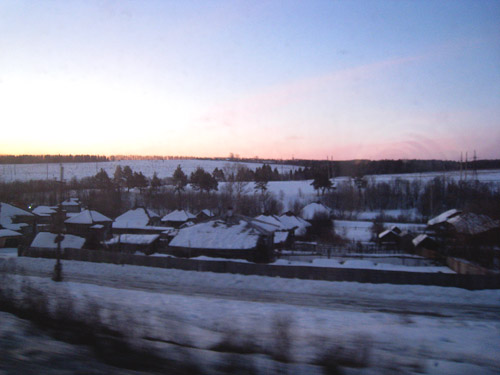 A few hours later Jason is up, we make our instant oatmeal breakfast. a few more hours still and we are at another stop. We both get off, but as this is our first venture outside the train we’re paranoid. Trains do leave without people, it has happened many times (although people have survived to blog about it). Determined not to be one of the unfortunate ones, we only make a tiny 5 meter radius from the door. 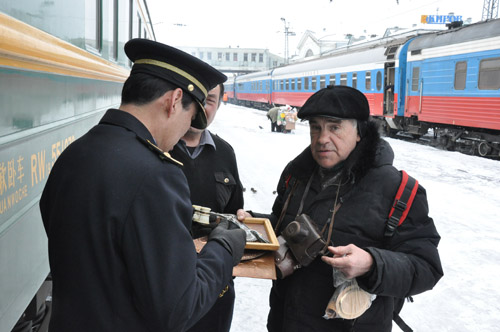 Back on the train after a few hours of reading we decide to head to the diner car for some lunch. We find it empty, save for the 3 Russian staff members who are huddled around one table chain smoking and watching TV from the 70’s. Actually the whole train seems quite empty. 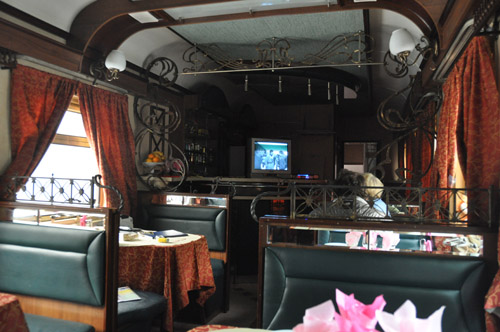 I attempted to decode the menu, but quickly realise that my Cyrillic and Russain vocabulary are just not up to scratch. I can only recognise the odd word: potato, dessert, tea. 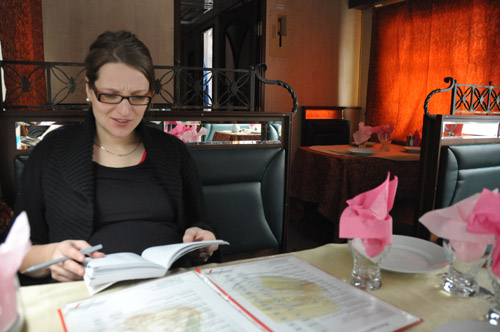 We give up and play Russian roulette with the menu choosing 2 random dishes. We got incredibly lucky. I ended up with a hearty cabbage and sausage soup and Jason with some fried beef patty and really delicious home made french fries. We decided that next time might not be so lucky, so we photograph each page of the menu. My next 3 hours were spent translating.

By the next stop, Jason has worked up more courage and ventures a bit further to a few local ladies to buy some food. 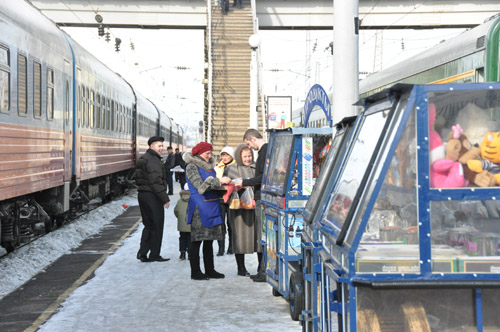 On a Styrofoam tray under tightly wrapped plastic wrap sit fried potato covered in dill, and two round brown pucks, which I assume are just meat patties. In another bag he has 3 giant home made pickles and in a final plastic container is some sort of salad dish with a layer of chopped beats on top. Poor score for presentation. I reassure myself that since it’s so cold outside that the chill acts as some sort of refrigeration and surely that will alleviate some of my food safety concerns. Hours later we’d find the pickles delicious, the meat and potatos also delicious (and reminiscent of food my Polish grandmother would make), but the salad… I wouldn’t touch it as fresh mayonaise is on my pregnancy restricted food list. Jason gingerly bites in to find that under the layer of beats are pieces of herring chopped in with potato. His gag reflex kicks in, and he chugs his bottle of beer to clear the taste. I’m thinking tomorrow he will be more cautious with his food purchases. 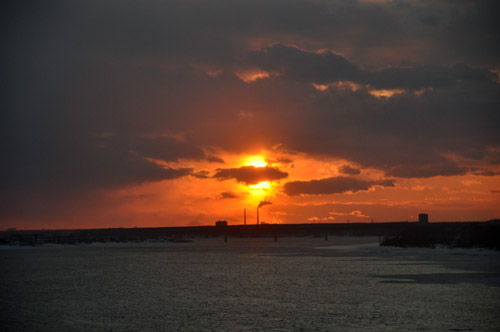