We awoke around 7am local time to arrive in the capital, Ulaan Baatar. Jason was ecstatic. He was one of the first off the train, in search of a money changer. The best he could do though was an ATM inside the station. Back on the station we picked up some more supplies (soup, bread, noodles, the usual). We only had about 30 minutes here, but we wandered the platform, snapped some photos and people watched. Mongolians generally seem happier than the Russians. We also noticed that last night a new restaurant car was inserted into our train. 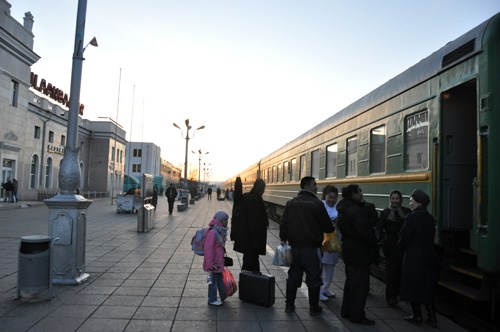 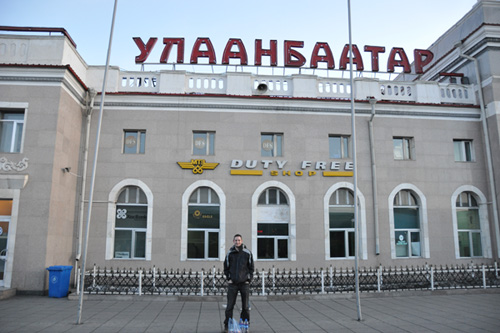 Once we pulled out of the capital, we got a chance to see how big it actually was. This is no far flung nomadic outpost, but rather a large bustling industrial city. What caught our eye though is that even though there were plenty of modern buildings, the yurt tent was always present. 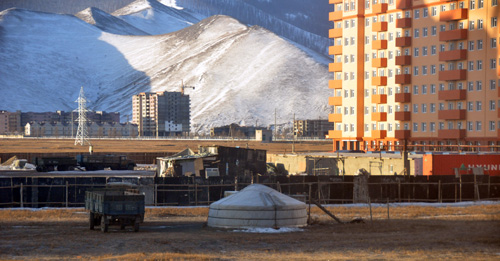 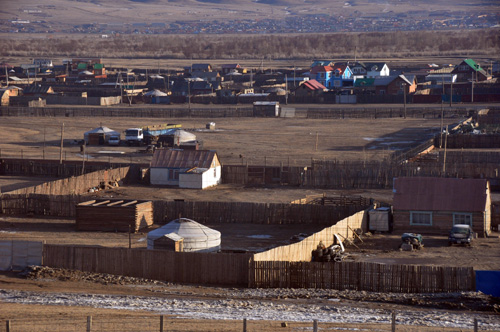 Today proved to be by far the most scenic day. We spent most of it glued to our windows (and wishing we’d brought squeegies to clean the dust off the outside windows). The towns were few and far between, and even when there were towns, they were sparse to say the least. 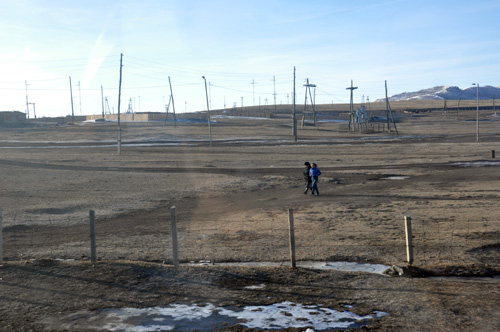 one of the bigger towns: 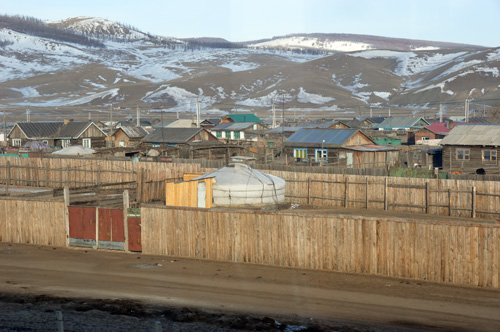 The actual stops that we made were interesting, but on a completely different level than in Russia. Gone are the ladies selling food, we were lucky for the odd card table set up with bottled water and juice. Also gone were in signs of other commuter traffic. It was clear that we were the only train this station had seen for hours. And since our train was so quiet, it just added to the barrenness of each stop. 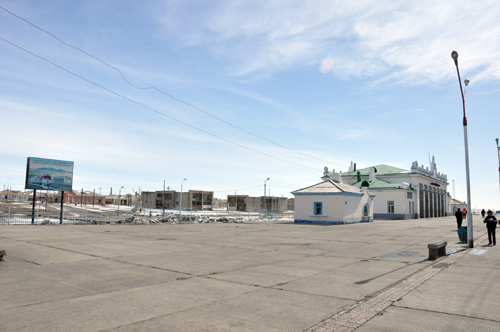 By lunch time we decided to try out the mongolian restaurant car. Mongolia gets the reputation has worst food on the entire trip. Typical speciality is boiled mutton and rice. We did however find they had the prettiest restaurant car by far – full of wood carvings. And the food, it was actually pretty good. We get upsold on 2 set menus which I imagine were touristed up, but that boiled mutton wasn’t half bad! 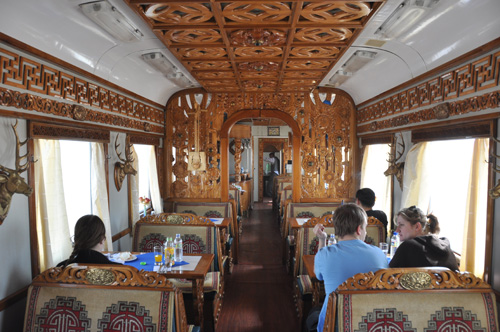 Nice thing was they accepted a combination of our left over Mongolian currency and some Russian Roubles (at a ridiculous exchange rate, but well .. what can you do).

Back in our cabin the scenery kept us entertained all day. Livestock, small towns, emptiness… today was a photo happy day. 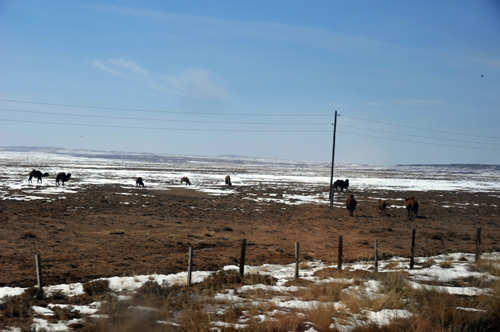 Jason picking up some water 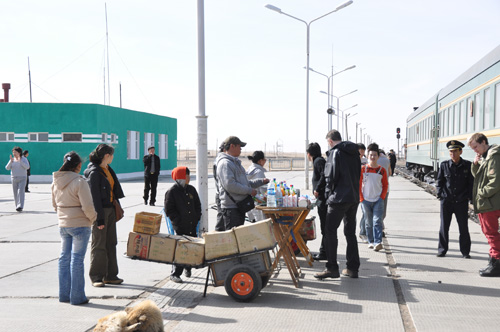 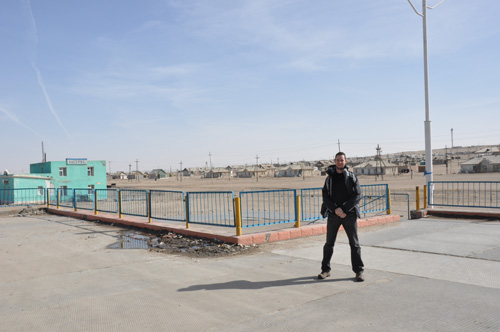 typical view out our window 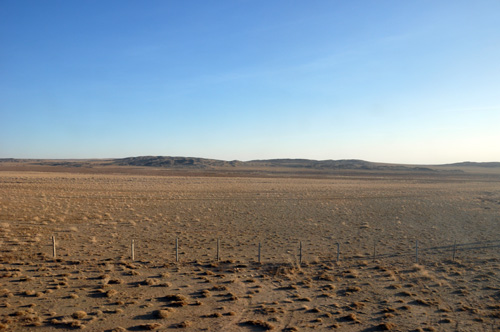 By sunset our train pulled close to the border town with China. We got this one final shot before starting the extremely lengthy process of crossing over to China. 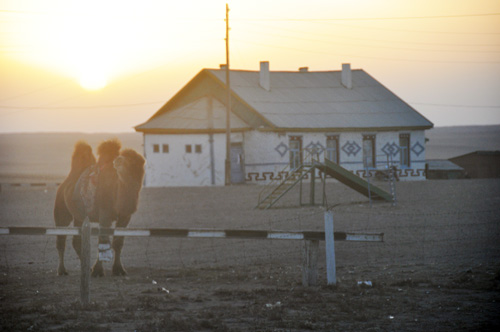